The Reincarnations by Nathan Elias: A Book Review

When I attend a film festival, I nearly always choose blocks of short films over feature-length films. I love a good feature, but I also love the "never quite sure what you're going to get" aspect to watching a curated block of short films.

Same goes with my fiction reading. I love a good novel, but a novel is a big commitment, reading-wise. I love the variety in a curated short story collection, especially when the stories, even in their diverse approaches, explore a common theme. The short story is an under-appreciated form (so too the short film). Neither is in anyway a "training ground" for their longer brethren. They are their own rich form. I wish both the short film and the short story had a wider viewership/readership than they currently do.

If Nathan Elias' short story collection, The Reincarnations (Montag Press) had a tagline, I think it would read as follows: "You can love whomever you want, but that love won't necessarily save them... or you." 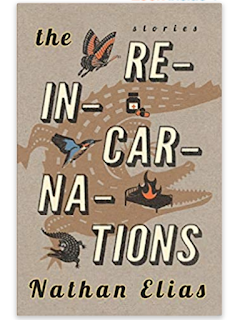 Like with those short film blocks I mentioned, you never quite know what you're going to get in The Reincarnations. With the beginning of each story, you'll find yourself asking, "Alright, Elias, where are you taking me now? What emotions are you going to stir? How are you going to surprise me, yet again?"
In "The Alligator Theory" a father is certain that his missing daughter was taken by an alligator... which fuels his ambition to find that gator. In "Right Now at this Very Moment" a man and a woman share a loss... he, his best friend and her, her lover (the same man). In their mourning they find each other alone in a hotel room, and they suffer in both guilt and longing. In "Halcyon" Alice finds herself in a strange cult/commune where saying "Duty is our bond" is the equivalent of saying hello. Juno, the head of the commune in question, draws a very fine line between human and animals. In "Love Drugs," a story akin to "The Gift of the Magi" a married couple takes drugs to try to control or abandon their emotions.
Finally, in the penultimate story (and my favorite) "Taking Flight," a boy attending a technical academy falls in love with a troubled girl who attends an art academy in downtown Toledo. Unable to charm her when they meet at the mall, the boy decides to try out for a play at her school, which he knows she will also audition for. He lands the lead part of Peter Pan while she lands the role of Wendy. Their proximity wears her down, and she lowers some of her walls... only for him to surmise that there's an ugliness to her home life that could be too much for anyone to bear. As she's carted home from the play by her questionable driver, the boy clings to the side of the moving vehicle:
"I won't let you go, " I said. I held on to the Buick, one hand on the passenger side mirror, one on the door handle. My legs hovered, parallel to the vehicle. She unbuckled her seat belt, leaned her head out of the window, and kissed me. Suspended in air, our bodies developed their own gravitational pull. Flying above the Maumee River, we defied the logic of love, reinvented the laws of physics."
Like many of the stories in the collection, "Taking Flight" is whimsical and tragic, fanciful and realistic... all at the same time.
As we head into a summer a little more free of the virus, I can imagine more than a few folks looking for a beach read. I would encourage people to forego a novel or two and instead reach for a collection of short stories. And, if that little bit of encouragement on my part gets them to make that choice, then I would follow up by encouraging them to purchase and read Nathan Elias' The Reincarnations.
They won't be disappointed.
The book can be purchased: here
Jeff "Van" Vande Zande is an English professor at Delta College in Michigan. In 2022, Montag Press will publish his dystopian novel, Falling Sky. His latest collection, The Neighborhood Division: Stories, is now out through Whistling Shade Press and available: here. 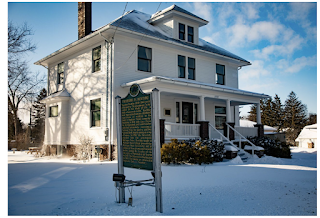 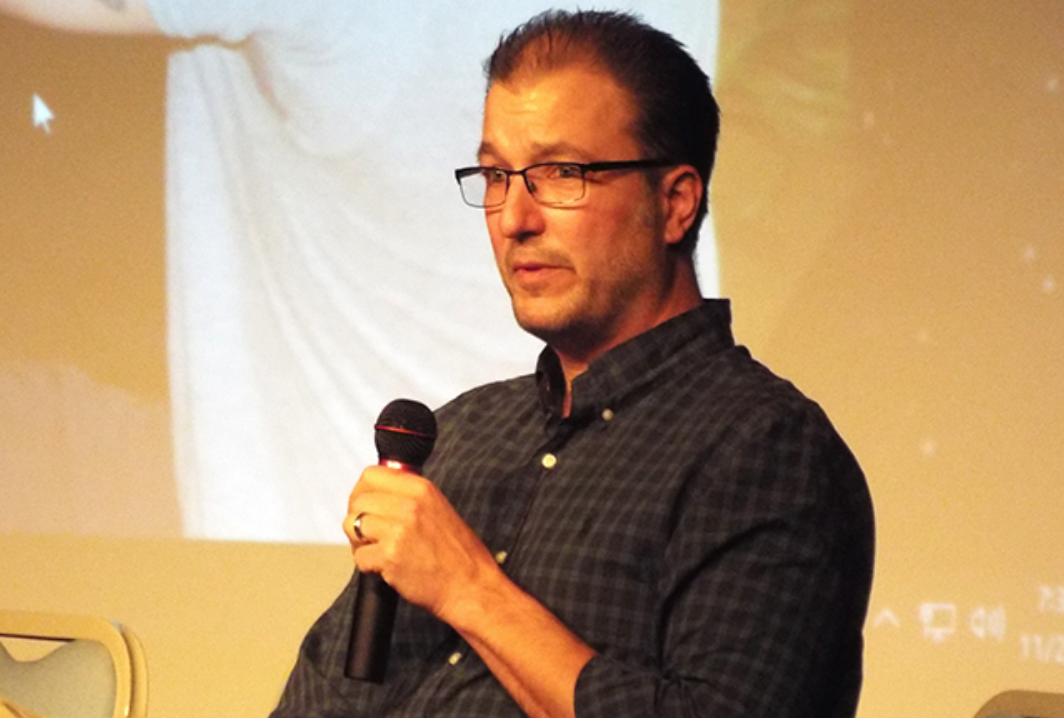